This exercise contains posters and images featuring Nazi propaganda. By the end of this activity you will have developed your ability to evaluate information and gained a more critical understanding of your sources. You will also have reflected on how propaganda affects us today.

Read the text and then look closely at the images and read the accompanying texts. Discuss the questions presented below.

Although propaganda is something that we are exposed to on a daily basis, it isn’t always apparent to us when it is propaganda. Propaganda can be regarded as someone trying to present a specific message with the intention of arousing positive or negative feelings about its subject and, in so doing, influence how we think, feel and act. For example, adverts can be seen as a type of propaganda, often with the aim of getting us to buy a specific product. Propaganda isn’t objective; rather, it always takes an open or hidden position. It is always skewed and can be entirely imaginary or based on lies.

In Nazi Germany, those in power frequently used propaganda, but not in order to sell harmless products. Instead, they sold a racist view of the world that split people up into “us” and “them”. The goal of the Nazis was to create a "Volksgemeinschaft", a “People’s Community”, a social order of “healthy” and “racially pure” Germans which would overcome class struggle and social strife so that Germany could regain its strength and rightful place in the global racial struggle of power and resources.

To achieve this, German society had to be “cleansed”, i.e. those that were deemed “racially unfit”, “hereditarily ill” or were “non-Aryans” had no place in the German "Volksgemeinschaft". In particular, the Jews were seen as the main “enemy” which had to be removed.

Different groups in society were picked out as evil, dangerous, less worthy, or costly “problems” that needed to be “rendered harmless” or “eliminated”. A picture was simultaneously painted of the noble “Aryan” who, according to the ideal, was blond, blue-eyed and tall.

According to the Nazis, only “Aryans” were a part of the German people, and “racial mixing” between “Aryans” and “non-Aryans” was forbidden. A personality cult was built around Hitler, who was portrayed as saviour and father of “the New Germany”. 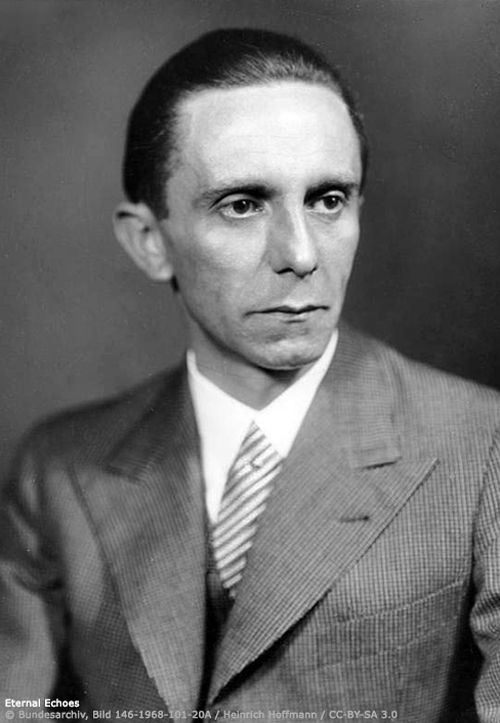 The German Ministry of Propaganda was led by Joseph Goebbels.

Not all Germans agreed with the ruling Nazi Party, but all were exposed to state propaganda through leaflets, newspapers, radio, films, literature, course books and public mass meetings. The aim was to persuade the population to support Nazi politics.

In a speech to party officials on 9 January 1928 (when the Nazi Party had very little support among the German population), Goebbels gave his view on the role of propaganda:

In the 1930s and 1940s, the Nazis used techniques that are still common in propaganda today. In the list you find some examples.

Based on the propaganda images, discuss the questions and try to answer as detailed as possible. The article can be used as an aid. Write down your answers. 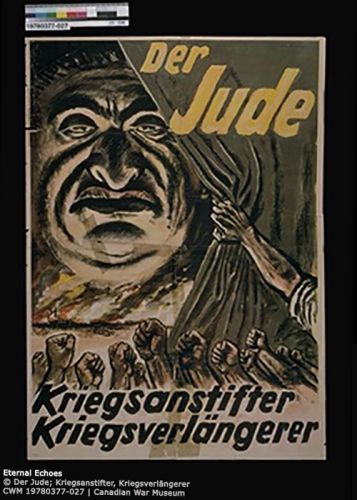 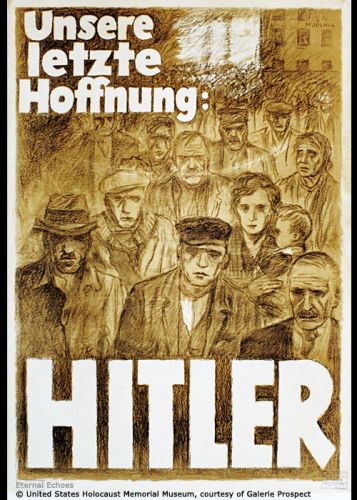 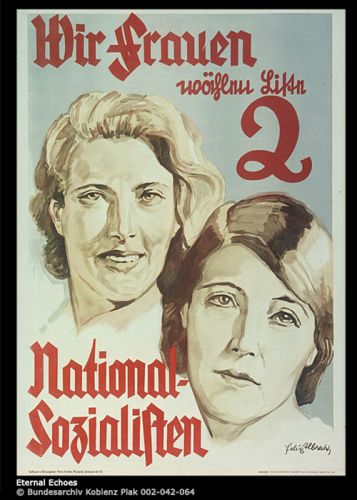 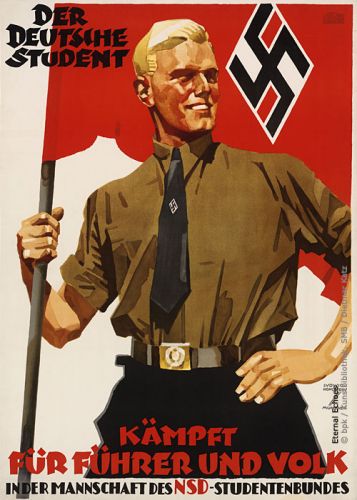 “The German student is fighting for the Führer and the People.” (1936) 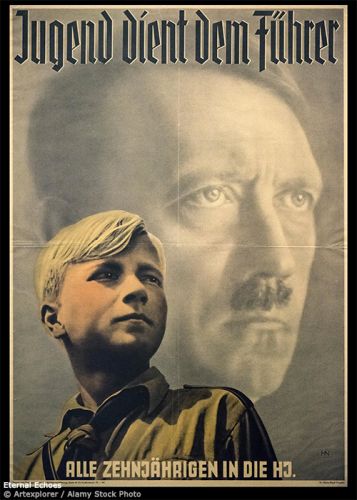 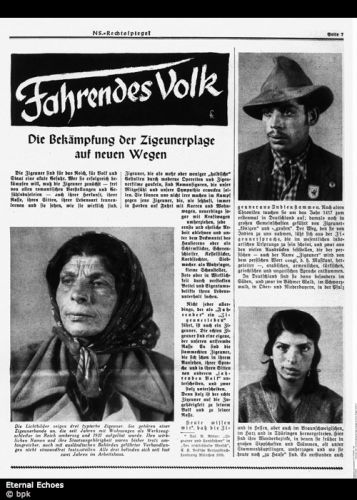 The title of an anti-Roma article: ”Traveller People – New Ways to Combat the Gypsy Plague.” (1938) 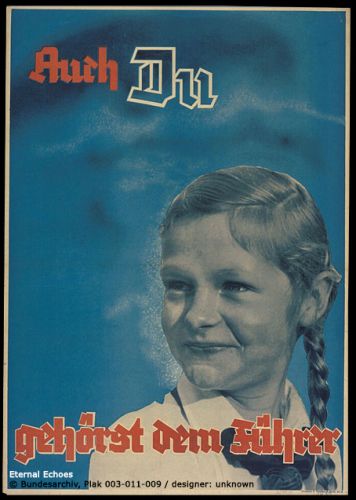 Poster for Bund Deutscher Mädel, the Nazi Party’s League of German Girls. The text reads “You Also Belong to the Führer”. (1937) 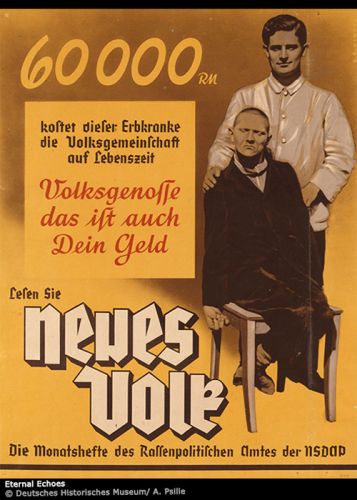 “This genetically ill person will cost our People’s Community 60 000 Reichsmarks over his lifetime. People’s comrade, that’s also your money.” (1938)

Source of the Quote