This exercise contains a factsheet that will help you to understand how the Holocaust was carried out in various places. By the end of this activity you will have gained awareness over how the choices of individuals, organisations and governments can lead to horrendous consequences. You will also have reflected on the relevance of historical events and places related to the Holocaust.

Read the texts and do the exercises that follow.

When we talk about how people were murdered during the Holocaust, many people tend to think of the gas chambers and Nazi extermination camps in occupied Poland. But they forget that millions of Jews were murdered in or close to their own towns and cities in Eastern Europe.

After the Nazi German invasion of the Soviet Union in the summer of 1941, special units (known as Einsatzgruppen or “task forces”) were given the mission of following in the wake of the army in order to murder Communist party officials and Jewish men. Soon, they even started to shoot Jewish women and children and, in many places, also the Roma.​​​​​​​

Jews in every town or village were rounded up and then often driven to a nearby forest where men, women and children were shot.

In some places, members of the non-Jewish local population voluntarily participated in the murder of their Jewish neighbours even though they hadn’t been forced to do so by the Nazis. Other local residents were ordered to round up the Jews and cover up their graves after the murders. Many witnesses have described how some of the victims were still alive when they were being buried.​​​​​​​

The Nazis’ mass shootings in Eastern Europe continued until 1944 and up to two million people in total were murdered in this way. However, the Nazis realized that the mass shootings took a long time and - not least – had a negative effect on the morale of the perpetrators.

In January 1942, a meeting was held in Wannsee on the outskirts of Berlin, during which senior Nazi officers and civil servants came to an agreement on how what the Nazis called “the Final Solution of the Jewish Question” would be coordinated.

The plan, which was most likely decided upon some time during the autumn of 1941, was to go over Europe “with a fine-tooth comb” from West to East to find all the Jews. These would then be transported by train to extermination camps that had the sole purpose of rapidly killing as many people as possible.

During the meeting in Wannsee it was decided that different departments within the German administration would collaborate with each other under the leadership of the police and security organisations. 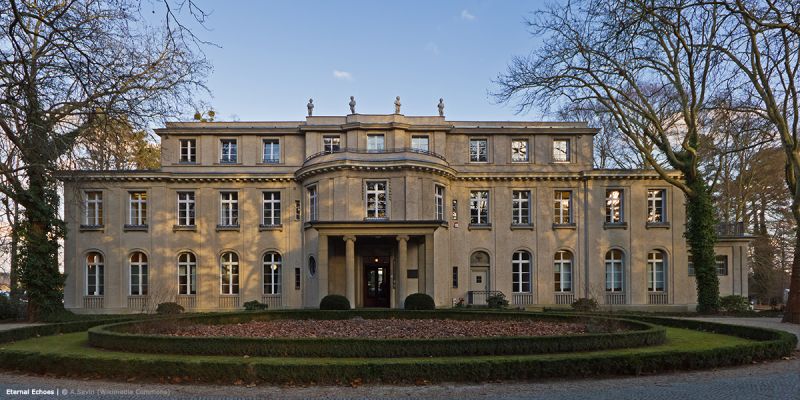 The building where the Wannsee conference took place outside Berlin, Germany. 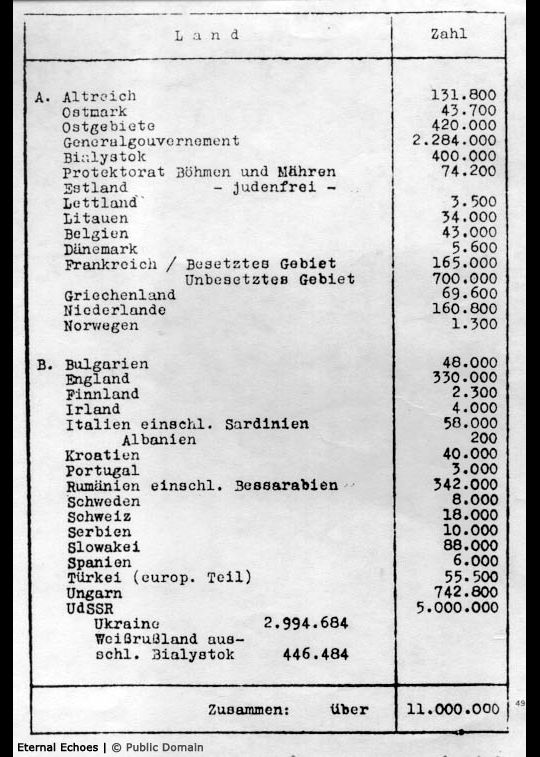 There were differences between concentration camps and extermination camps. The first concentration camps were established straight after the Nazis came to power in 1933. In the beginning, their purpose was to lock up and “re-educate” political opponents. Some of the prisoners were later released, others were kept locked up all the way until their liberation in 1945, but many others died or were killed.

The Nazis established thousands of concentration camps across Europe and the prisoners were often forced into slave labour in order to produce materials for the war industry. Conditions were very harsh and, of those who weren’t murdered, many prisoners died from starvation, disease and crippling overwork.

The extermination camps, on the other hand, were set up with the sole purpose of quickly killing as many people as possible. A small number of prisoners were selected to make sure, under SS supervision, that things ran smoothly; but the vast majority that were sent to extermination camps were murdered in the gas chambers directly upon arrival.

Six extermination camps were built. The first camp, Chelmno, began operating in December 1941. It was close to the city of Lodz in the Western part of what is today Poland. Three camps – Belzec, Sobibor and Treblinka – were built in the Eastern part of modern Poland, in an area that the Nazis called the General Government. Two of the camps – Auschwitz-Birkenau and Majdanek – became combined labour, concentration and extermination camps. 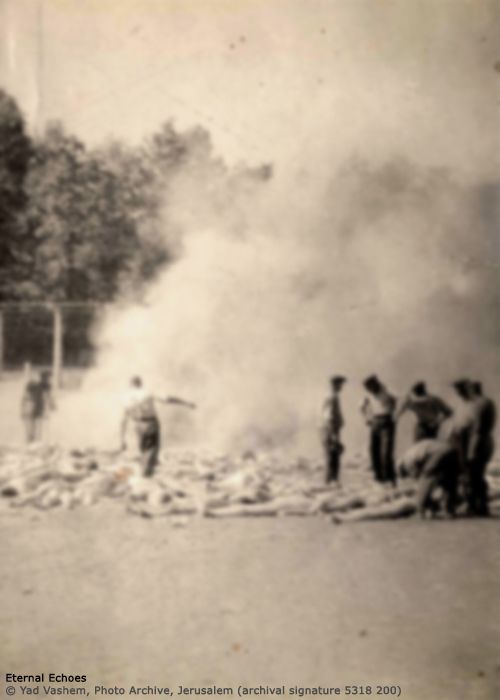 A fenced off area in Auschwitz-Birkenau containing pits used for the burning of bodies when the crematoria could not keep up with the workload in 1944.

These two maps have things in common which can explain a number of things. The first map shows the size of Jewish populations in Europe before the war. The second map shows the European rail system in 1939 and the location of the extermination camps. Answer the questions below. 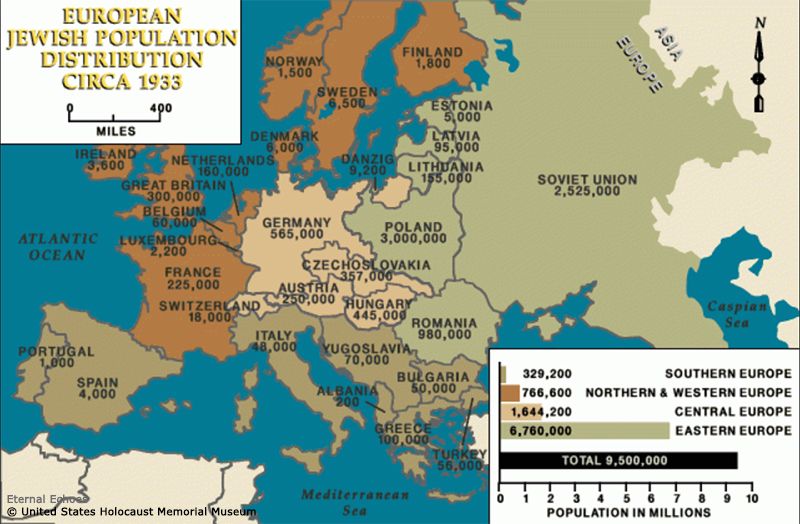 Jewish population in Europe before the war (circa 1933).