After the end of war Oskar married Nina and settled down in Sarny. They had a daughter called Sonia and Oskar set up a small business in town.

One day the NKVD (Soviet Secret Police) came to the office making accusations.

In 1955 Oskar and Nina's son Michael was born. The family wanted to move to Poland but their application for permission to leave the Soviet Union was rejected.

Oskar and his family finally reached Poland in 1959. Ten years later, in 1969, antisemitism in Poland was on the rise again and Oskar and Nina decided to emigrate to Sweden. 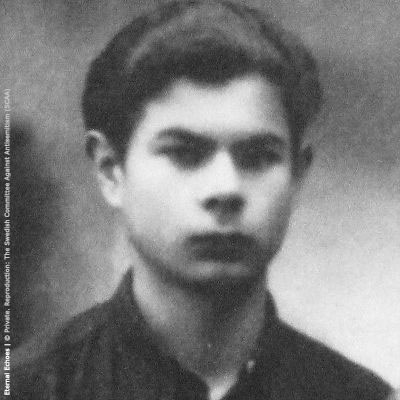 Consider here what happened to Oskar after the end of the Second World War.

In Prison with the Soviet Secret Police

Oskar talks about his arrest by the Soviet Secret Police, the NKVD.

1) Listen to Oskar as he talks about how he was arrested by the Soviet Secret Police, the NKVD, and his time in a Gulag. Answer the question.

In 1945, Oskar married Nina and they had a daughter. They had plans and dreams for the future but everything was suddenly shattered to pieces. Get to know more about the things that happened.

Three Years in a Camp in Siberia

Oskar talks about the time in the Gulag camp.

2) Listen to Oskar as he talks about his time in the Gulag camp. Answer the questions.

After the October Revolution of 1917, special camps were set up for political opponents. In 1929, the Soviet Union’s leader Josef Stalin started building a larger system of camps to support the country’s industrialisation.
Criminals and even political opponents who had been accused of supposed crimes were sent to the camps. The prisoners were used as slave labourers on large-scale projects and to extract natural resources such as gold, coal and timber.

Gulag, as the prisoner and work camp system was called, was used above all to maintain control over the population. Millions of innocent people were imprisoned and forced into hard labour for periods ranging from five to twenty years in the camps.

The prisoners worked outdoors and in mines, in inaccessible areas and in the Arctic Circle without proper clothing, tools, protection, food or even clean drinking water. Sometimes even children were taken to the camps and placed into special barracks.

Children who were born in the camps remained with their mothers until they were about two years old before being transferred to orphanages managed by the NKVD secret police.

Between 1929 and 1953, over twenty-eight million people had worked as forced labourers. The camps started to be disbanded after Stalin’s death in 1953. They closed for good in 1986. 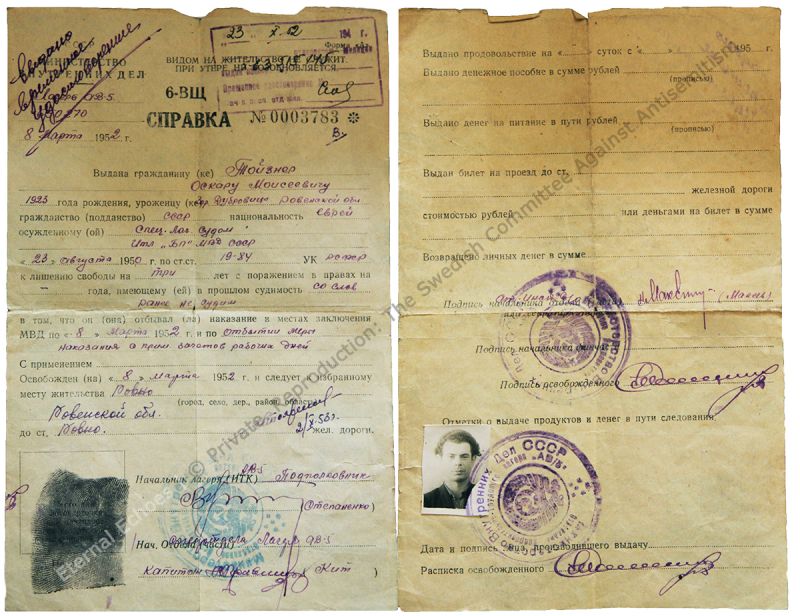 This certificate of release was handed over to Oskar by the camp chief. Its notes reveal that Oskar had been a good worker and that he had therefore been released a few months ahead of schedule. There is a photo of Oskar with a stamp on the back of the certificate. The text on the certificate reads: Certificate issued to Oskar Tojzner, born 1923, Dąbrowica. | Nationality: Jew, Soviet citizen. | Sentenced by Special Camp Court. To be placed in Work and Correctional Camp BP. | MVD [Ministry of the Interior] CCCP, 23 August 1950, accused according to paragraph 19-84. | Sentenced to 3 years. No previous convictions. | Released 8 March 1952. | Wishes to return to Rovno [alternative spellings: Równe, Rivne, ed.]

To Poland and Onwards to Sweden

Oskar talks about the difficulties he experienced trying to leave the Soviet Union. 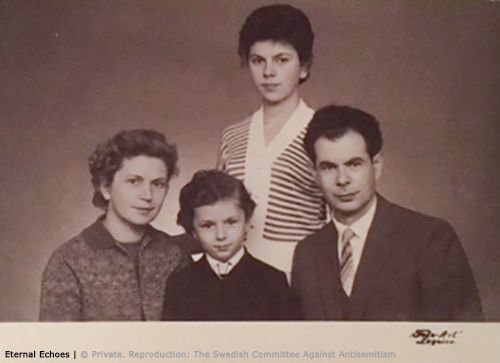 Nina, Michael, Sofia and Oskar in Legnica, Poland, in the beginning of the 1960s.

3) Listen to Oskar as he talks about the difficulties he experienced trying to leave the Soviet Union and his emigration to Sweden. Answer the questions.

Historical Context 1: Jewish Life in the Town of Dąbrowica

Historical Context 2: The Outbreak of WWII